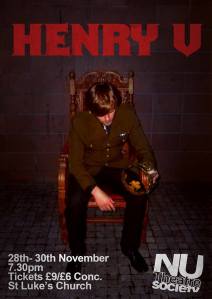 One of Shakespeare’s most famous historical plays. Henry V follows the reign of the young King of England as he faces war with France. The play explores how Henry learns to become a great leader, earn the respect of his men and lead his kingdom to victory.